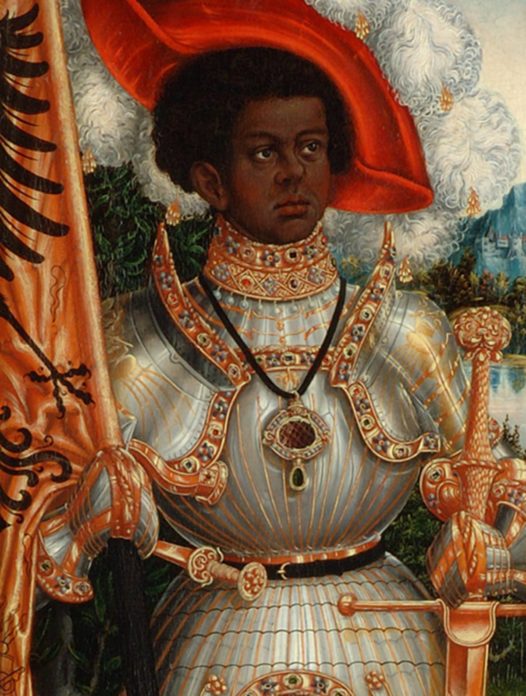 by Lucas Cranach the Elder and Workshop German

A commander of the Roman legion, Maurice was martyred near Agaunum (in present day Switzerland) in A.D. 280 or 300 for refusing to slaughter Christians.

He was from North Africa, and in the thirteenth century in Germany, he began to be shown as black, influenced by the reign of the Emperor Friedrich II (1194–1250), whose vast territories comprised a diverse community of individuals. Among Friedrich’s courtiers in Sicily were Africans who served not as enslaved servants, but as musicians, soldiers, and advisors. The picture formed part of an altarpiece and was probably commissioned by Cardinal Albrecht of Brandenburg (1490–1545)