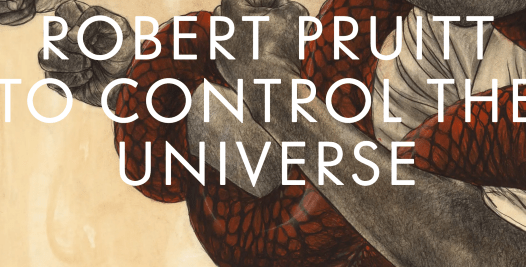 For his second solo exhibition at Salon 94, Robert Pruitt has drawn eleven heroically scaled drawings that bring together mortals, gods, monsters, and machines. Inspired by James Baldwin’s 1953 essay “A Stranger in the Village,” Pruitt taps into the sublime loneliness that Baldwin experiences as a Black man living in a Swiss Alpine village. 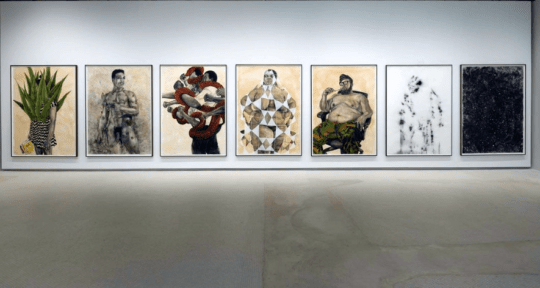 He hones in on the themes of this text—racial isolation and human connection—and creates a panoply of characters that coexist in his crafted universe. Pruitt’s drawing, like Baldwin’s writing, is the act that bridges material and imagined realms. Doing so makes visible the paradoxes of social alienation and marginalization experienced by African Americans living in a world of Black fetishization and hero-making. Through charged visual symbols, Robert Pruitt’s work reshapes this narrative, drawing upon religion, spirituality, and fantasy to create a new mythos around a shared Black American identity.

Pruitt follows in the lineage of John T. Biggers and Charles White, setting out to empower his models. His images become shrines to figures brought to life to empower and elevate, as well as negate harmful stereotypes of African Americans. 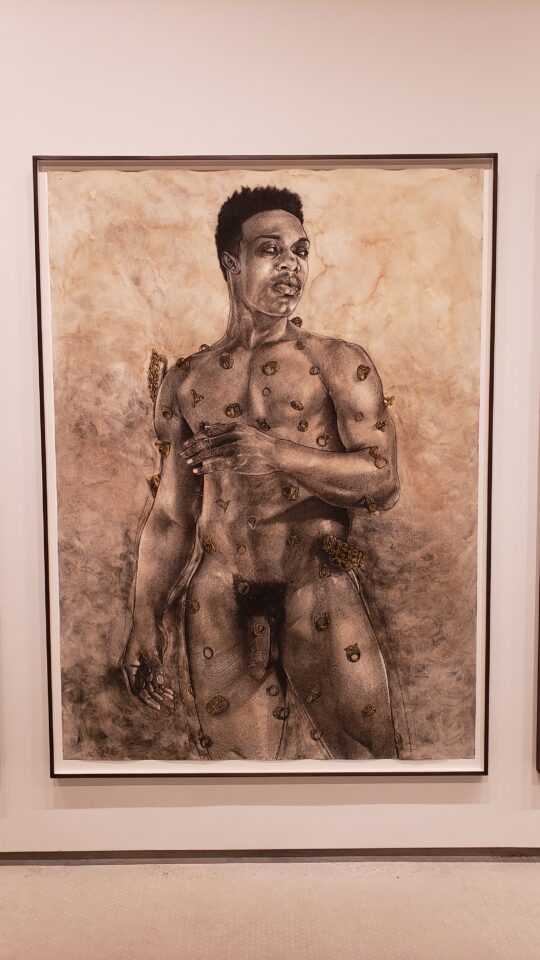 In Dust Formation, Pruitt’s portrayal of the creation of the universe, he creates characters that bridge his wondrous world and the one we live in. In his process, ground charcoal is set across the sheet to form a Prometheus-inspired figure that emerges from the background and looms over the viewer. In this instance, the artist acts as the creator of an origin story.

Music is an important precedent for Pruitt’s work. The composition of stars in That’s the God in Me, Pardon You is born out of the infinite power of the universe and towers over the viewer like a god. Inspired by rap artist and producer MF DOOM’s (1971–2020) lyrics in “Dead Bent,” Pruitt’s drawing continues in the vein of origin stories. MF DOOM adopted a supervillain stage persona inspired by Marvel comic character Doctor Doom. The smaller person in That’s the God in Me, Pardon You is reminiscent of the origin story of Marvel’s Silver Surfer who was born of the newly gained powers of Galactus, a god who himself was born from the core of the universe. 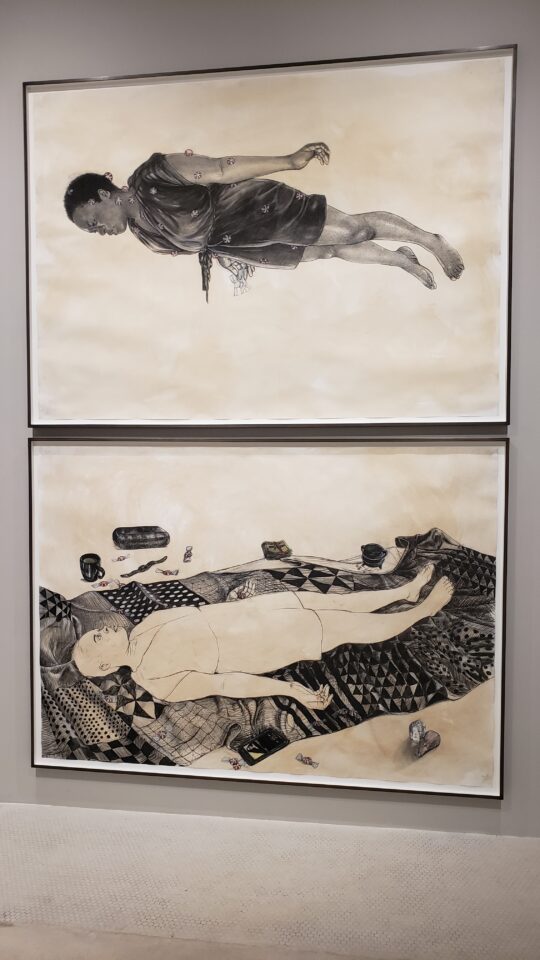 motion. The work evokes W.E.B. Du Bois’s theory of double consciousness as Pruitt questions the necessity of code-switching for success in non-Black spaces. Grappling with the monstrous serpent, a reference to the snake from the Garden of Eden, this man’s experience of himself is fraught with turmoil.

Other works defy stereotypes of Black femininity and highlight a noble and cosmic lineage. Heaven and Earth presents a new heroine evocative of Sandro Botticelli’s The Birth of Venus. Fearless, powerful, and a superhero in her own right, she stands swathed in luminous starlight from which she draws strength. Another powerful woman in Pruitt’s work Observing the Birth Anniversary of the Big and Beauteous Bang addresses the viewer’s direct gaze, her hands on her hips, a pose of power. She is adorned in a costume resplendent with bills in various denominations. 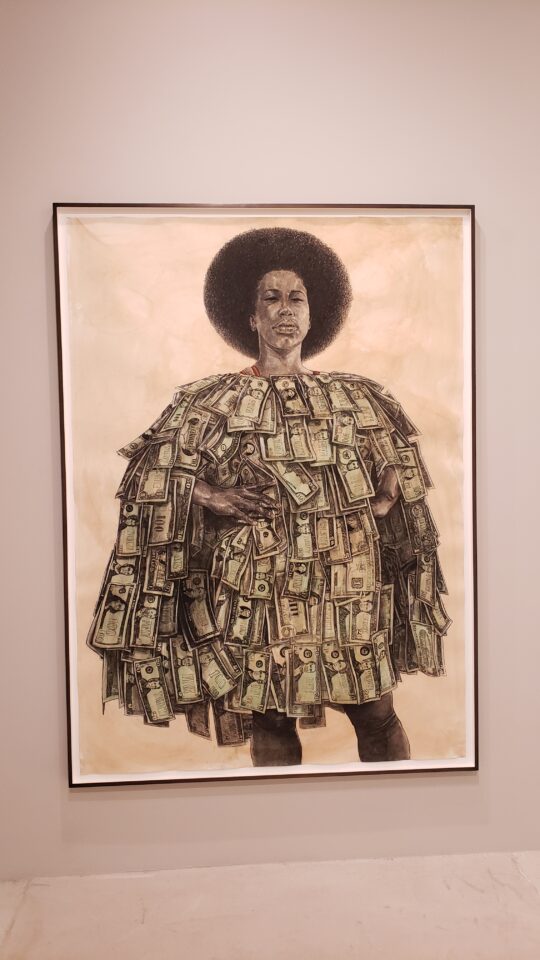 The woman symbolizes oonkas boonkas, a Cajun tradition of pinning money onto the birthday child. Dispersed in the costume are monetary units including a $20 note with Harriet Tubman, a bill from 1880 with the signature of Blanche Kelso Bruce, the first Black Registrar of the Treasury, and food stamps.

A Fantastic Saga Through Space and Time links time travel and the Middle Passage referencing both Octavia Butler’s Kindred and Madeleine L’Engle’s A Wrinkle in Time. The women wear dresses of different historical periods, both holding face jugs with their characteristic exaggerated features. Originating in South Carolina during the mid-19th century, these jugs have been a recurring symbol in Pruitt’s work. Like his sitters in A Fantastic Saga Through Space and Time, Pruitt’s work allows him to peer through time and reflect on self-identification, proving that the Black experience is not a monolith, and inspiration for a future appears in many forms.

Click here to visit salon94.com to schedule your appointment.