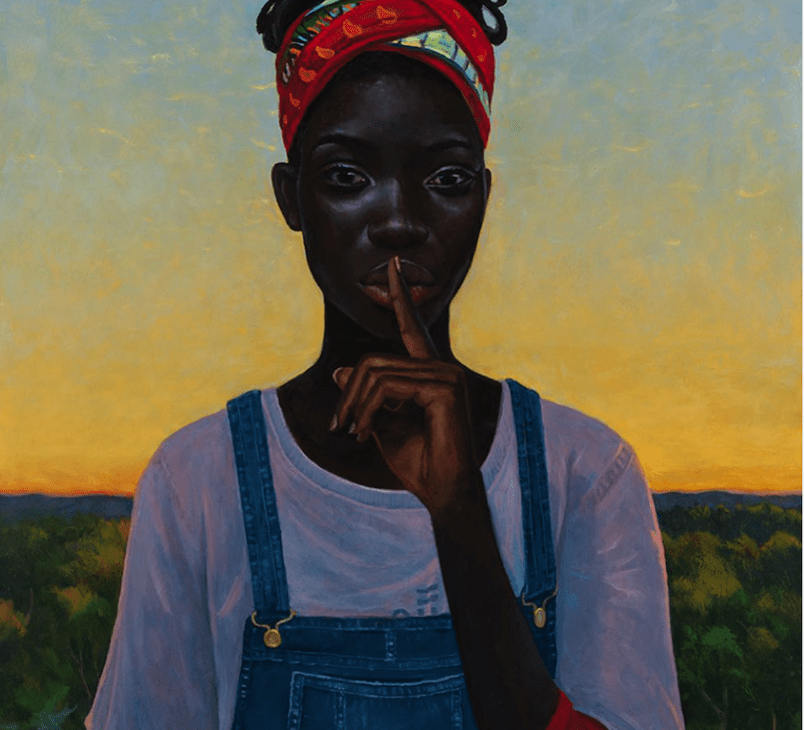 MARK BECK: Vote with your Brain and your HeART

Mark, why is voting important to you?: Of course, voting is critically important but at this current stage, replacing the two-party system and overthrowing corporate dominance may, ultimately, be more important than voting. There are too many issues the American people have weighed in on that are not available to us through the vote such as fair wages, gun control, meaningful well-paid employment, healthcare, education, and end to the Jim Crow – like justice system, etc., etc.“

ABOUT THE ARTWORK: Message from the Sun: I made it some years ago so it can’t really be about wildlife coming out. I was just following my intuition when I made it. It’s about childhood loss and trauma and that would include the damage done by corporate and state avoidance of the climate crisis. My daughter talks about the unspeakable reality facing her generation with the burden of the chaos of the climate crisis alone.

ABOUT THE ARTWORK: High Waters is available now as a limited-release, Giclee Fine Art Print.  It is a signed edition of 80. Available only through my Online Print Shop, Mark Beck Fine Art Prints.

ABOUT THE ARTWORK: Riding: Hang in there everyone! Some days feel just like this (fill in: Relationships/Jobs/Friends/Economies/Covid19 responses and/or Personal Insights) Am I right?

ABOUT THE ARTIST: I’ve been fortunate to make my living solely as an artist for more than thirty five years. The beauty of the American landscapes is endlessly inspiring to me. Beauty and a refined quality in paintings is important to me, both in the materials I select (high quality pigments and canvas, linen and frames) as well as the unique method I use to apply oil paint to surfaces.

I was born in New Mexico and consider this my home however each year I travel to the coasts to paint and photograph what inspires me.

Living in the high desert of New Mexico has also taught me about light and informed my paintings with a depth of solitude and tranquility. The unique cultures here, steeped in history, inspire and fascinate me.

My subject matter will continue to develop from my urge to reconcile the lush images of the Hudson River School, strongly influenced by the idea of Manifest Destiny, which caught my eye as a young artist, and the more sober visions of current American culture and politics.  I love the immense beauty which always surrounds us and continues to be inspired by the everyday lives of working people.

Beck’s artwork hangs in numerous corporate and private collections across America. He has been a prolific, exhibiting artist for more than 35 years, with enduring gallery representation on both coasts. His paintings are featured in magazines, ad campaigns, and films. He lives in New Mexico with his wife and daughter.

ARTIST STATEMENT: Throughout my practice, I have explored content through many and varied subjects. Consistently, my main interest and enduring aim has been to identify the subtexts of America and what is going on under the surface. Much of this underlying story is revealed, in my opinion, in museums, not only by what is in their collections but by what is not. Particularly noteworthy is the lack of black figures, both artists and subjects. Considering the essential role of black people in the formation of America and the enormously rich contributions of black Americans, I find this to be one of the most disturbing, yet revealing mirrors of American life. As a white male, I recognize the privilege that comes with my status and am keenly aware of the social blindness it can engender. In my late twenties, I was hired to teach painting to prison inmates through the Arts in Corrections program at the University of California, Los Angeles. Working in this major California maximum-security prison was an eye-opening experience. I worked for several years with inmates at every level of convict – from lifers (murderers) to those who were convicted for other crimes. I came away from this experience four years later with a strange, uneasy feeling about the prison system and America’s general perception of inmates, crime, and race. James Baldwin, one of my favorite writers, said that the history of a people is never pretty. I would add to that: it is far uglier when a nation hides behind the notion of exceptionalism. This quintessentially American myth has stopped us in our tracks; it discourages inquiry into how this country really came to be and why we seem to be stuck in that not-so-pretty past. There can be no reconciliation for that which is not faced. Consider the controversy around the removal of Confederate monuments, many of which were erected during the civil rights era as a bid to bolster white supremacy. The Confederacy lost the war and were charged as traitors before being pardoned, winning the narrative on how the South would go down in history. They turned racial domination and brutality into “legacy,” and the pathology of racial divide flourished after the Civil War and continues today. This new body of work began in my later career. Up to that point, I had made scant few paintings with black people as subjects. Part of the reason for that was my trepidation about being a white artist painting black subjects and making perceptual missteps or offending anyone. I’m willing at this point to take that risk, to not remain silent, and to take a stand with others. My fascination, along with art history, is this dominant narrative that, throughout America, keeps humming along like an air conditioner you no longer hear, but nonetheless, keeps doing its job until one day it breaks down. These paintings are one way I have to add to the discourse on this crucial topic. Through beautiful and visually engaging imagery, I work to set the stage for silence in honor of the dignity and strength of Black America.

W.E.B. DuBois said at the turn of the 21st century that race was the most important issue facing America. Over a century later too much about America’s failure has yet to be changed. White America has a serious problem with racism, the resolution of which will have profound consequences for the survival of the nation. -Mark Beck 2019