For Lurita “LB” Brown, owner of Clinton Hill Simply Art & Framing Gallery in Brooklyn, NY, joining the framing industry was more of a calling than a business decision. As she put it in a recent interview with PFM, “Framing chose me.”

Brown, who worked as an advertising executive for Ebony Magazine before opening her business in 1991, has always been a lover of art and has a lifelong passion for collecting African, Latin, Caribbean, and Native American work in particular.

Seeing a rise in demand in the mid-1980s for works on paper—such as posters, prints, and fine art reproductions—as well as the growing popularity of works by artists of color, she had the idea to open a gallery, filling the gap she’d identified in the market. She didn’t know it at the time, but when she opened her doors, Brown became the only paper/poster gallery in the city that exclusively carried works by artists of color. She soon added custom framing services to her business, changing its name to reflect the expansion.

For the last 30 years, Brown has become a fixture in the Clinton Hill/Fort Greene area and the larger borough; she is known to locals as “the framing lady,” and enjoys longstanding relationships with customers who return to her again and again.

In her interview with PFM, Brown discusses the evolution of her business, how she has adapted over the years to succeed in a changing neighborhood and economy, and why she is a staunch believer in attending industry events.

Your business started out as an art gallery. What made you decide to add framing?

Once I opened the doors, I got a call from a framer who knew me from having some of my art framed through his business. He said, ‘You’re never going to survive without framing.’ I told him I didn’t know anything about framing. He said, ‘You don’t have to. You hire framers for that.’ That’s how I first got involved. Over the years, I did hire framers to come work for me. And he was right; people would buy poster art from me and then they’d say, ‘Do you frame? Can you frame this for me?’

About 80 or 90 percent of the business at that time was just artwork on paper. What started to happen, because I was in a neighborhood and not a commercial business center, was artists who were printing their images to sell at cultural festivals would hear about me. They started to come in and ask if I would purchase their leftover posters from events. That helped me build a bigger base because I became a form of distribution for them. And they all wanted their posters framed.

Layered on top of that were the higher-end artists across the tri-state area who started to hear about my gallery. These were artists who were into engravings and limited editions.

They were basically painters but had some formal training in printmaking. I said, ‘I have an idea. The consumer base is not that defined right now for fine art prints. But if you can produce original works on paper—it can be mixed media, it can be pastel, it can be watercolor—I can show people the difference between offset lithography and something higher-end.’

I created a space in the business that would feature an upcoming painter. It could be watercolor. It could be charcoal. It could be pencil. It could be ink. It could be anything, so long as it was just above lithography—original work. What happened then is customers started to come in who would buy prints and posters, of which I also had limited editions. And they’d think, ‘Well, I’ve invested in a signed limited edition; I’ve got to have it framed.’ So framing, again, complemented the paper gallery.

How has the framing part of the business—and your own expertise as a framer—grown over the last three decades? By the year 2000, the art market was flooded with printing. The digital age in terms of art reproduction was becoming very strong, introducing more of a market front for the artists who could now bypass people like me. They could print on demand, and the internet became a good way for them to distribute. I noticed a drop in poster sales, but upticks in original art and framing. I thought, okay, this business is older now and I’m seeing a shift in my profit margin toward picture framing. I know that there are different levels of framing, just as there are different levels of artwork. I started paying more attention when buying moulding and supplies to see what was cost-effective and most appropriate to use.

Then 9/11 hit New York City, and of course, it was a strange economy that we were living with. But all of a sudden, people in the neighborhood started coming in and asking me to frame certain cherished items, whether it was an old, damaged photograph or something their child or grandchild made in school. I knew these kinds of things required higher-end framing. I started calling colleagues in the industry and asking their advice on what was appropriate. When you have relationships with people who have more industry knowledge than you and are willing to speak with you and offer help, it’s so valuable.

It just continued from there. Customers started saying, ‘You understand me. You understand what I want.’ I realized I was developing a skill set on the framing side. Then I thought, this is an industry that probably has a convention or workshops that can guide me on the different levels of framing. That’s when I found the National Conference at the West Coast Art and Frame Expo.

Do you remember the first show you attended? Did you take a lot of classes?

I do remember the first class, which I took during my second time attending. The first time, I just kind of scoped everything out. When I returned, I took a couple of classes taught by Vivian Kistler. She approached me after one of them, and I told her who I was and what my business was about. She was so enthusiastic about the framing side and understood what I was trying to do. 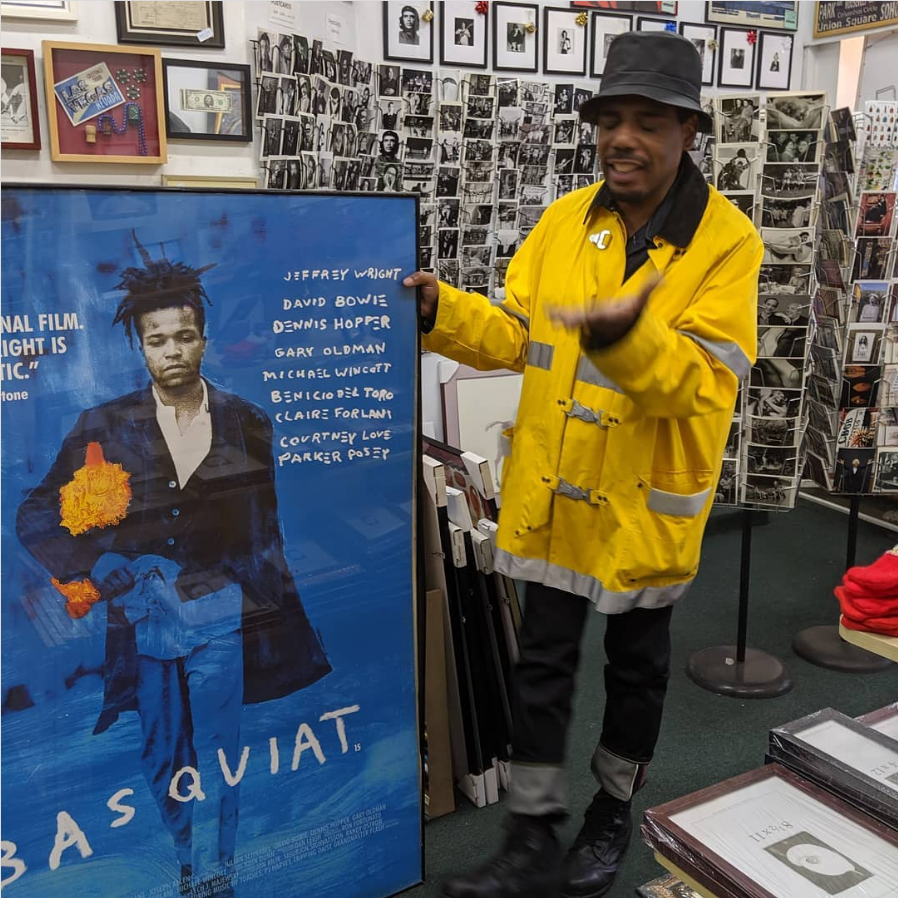 She encouraged me to attend future classes and talk to her more. Up until her passing, I would meet with her every time I attended the show.

Out of curiosity—and by that I mean I wasn’t intending to offer this service to my customers, but I had a special interest—I started taking gilding classes from Marty Horowitz. He was a good person to talk to if you didn’t understand something. And Marty was always colorful because he was from Brooklyn. Each time I’d go, I’d always make a point to go past his booth to talk to him. I’ve also taken a lot of business classes through the years just to see if I was on track.

Beyond that, what I’ve found to be a big advantage for me is that during a conference, you get to meet framers from different regions. They will talk very openly about their experience owning a frame shop. It’s like, ‘Oh, you’re from such-and-such. Did you experience this? Did you do that?’ I enjoy it. My customers recognize that in me when I come back from the show. They’ll say, ‘You seem like you’re recharged.’ And I am. When you can talk shop with someone who really understands what you’re talking about and is curious how you conduct business, how you handle certain problems—it’s great. 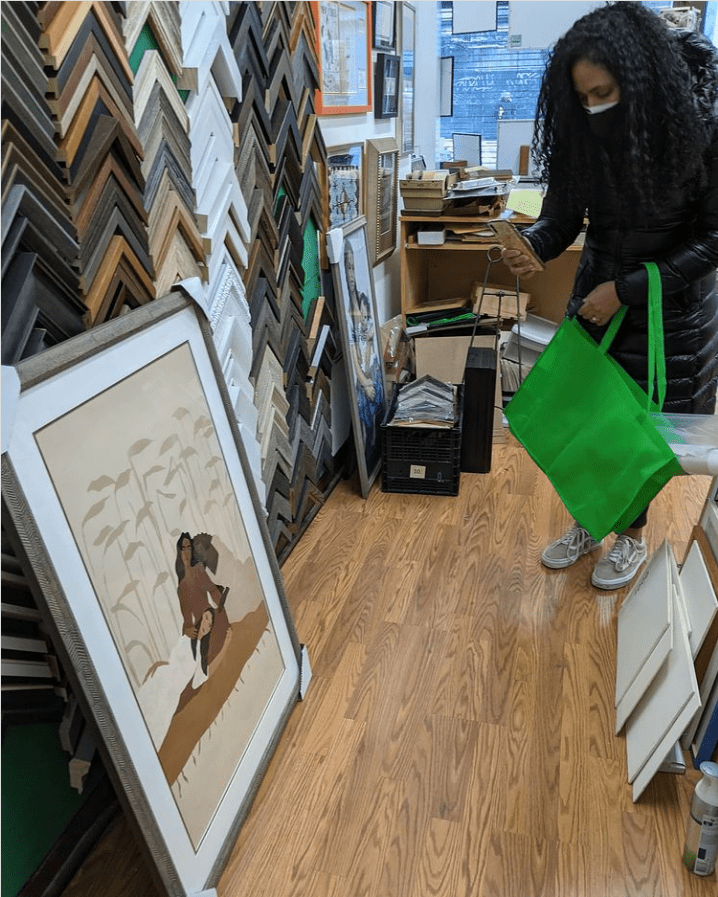 The other thing I enjoy is that on the show side, companies will give demonstrations and samples to introduce their new designs or equipment. I find that very beneficial because, in framing, you’re going to have your wood, your paper, your metals, your glues, your glass. But it’s the quality, what it does, and its improvement over the years that’s important to pay attention to. When I see a new or relatively new manufacturer or distributor, I go to them to see what they’re offering. What are they bringing to the table? That’s how I discovered premium glazing. I’d bring samples back home and place them at the counter to show my customers.

Once they saw the difference, it sold itself. 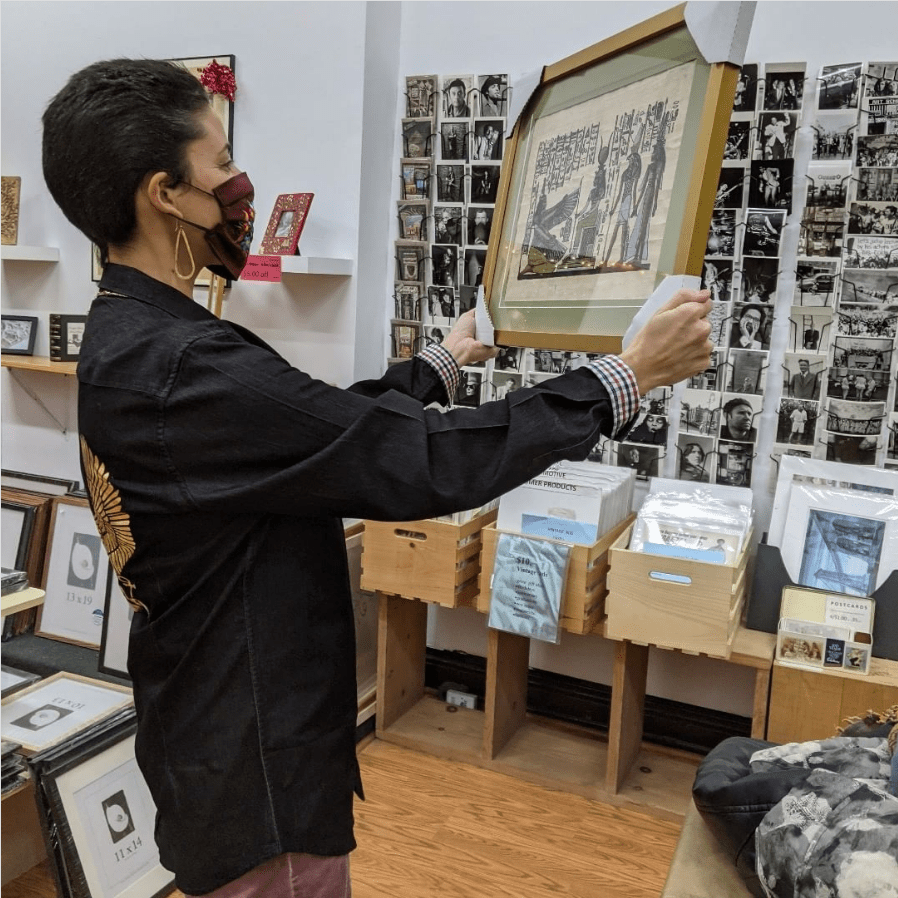 Who are your customers today, and what are they having framed? How has that changed from when you opened?

How my business has changed is related to how my community has changed. People are now paying a million dollars plus for a brownstone, and there’s new luxury residential development not far from where I am. But the advantage I have is the fact that I entered the industry with a passion for art and as more of a collector and a dealer. So when people came in with their work, I could recognize the quality of the piece and look at what the artist was trying to accomplish through their composition as well as admiring whatever the framer did. I could tell if it was a European or American frame job. I would talk to them about it, and they were awed that someone actually knew the work without them telling me anything. It became more of a referral business; ‘Go to that lady on Myrtle Avenue.’ I have a very high referral rate among my longtime clientele.

Every 10 years or so, I’ve had to adjust to survive. When I started in 1991, 80 to 90 percent of my business was dealing with some form of paper art, from originals to offset lithography to signed/numbered/limited editions and consignment. Today it’s flipped to 90 percent coming from custom framing, and of that 90 percent, I’d say about 75 percent is more preservation framing services. Of that, I would say at least 25 to 30 percent is framing for some form of personal, three-dimensional object.

Are you seeing more millennials coming in? Do you approach the sales and design process differently with them?

There is a younger market that’s somewhere between 24 and 34, either singles or couples. If a couple is making a purchase together, a lot of times they’ll come into the shop together to decide what type of frame they want. That can be a nightmare because they want to discuss everything at the counter. At some point, I tell them, ‘This sounds like you need to have a conference because there are many options here.’ But what it also does is it tells me about the couple’s personality.

I started playing a game with them. I’ll separate them. I’ll say, ‘Is it going to be a classical look? Contemporary? Ornate? We can go in any direction, but here’s the classic way of framing what’s being presented.’ Then I send them off to each pick three samples. I’ll tell you, they have discovered something about themselves at my counter! I’ve heard more than once, ‘Oh, I didn’t know you liked that.’ They discover something about their taste. 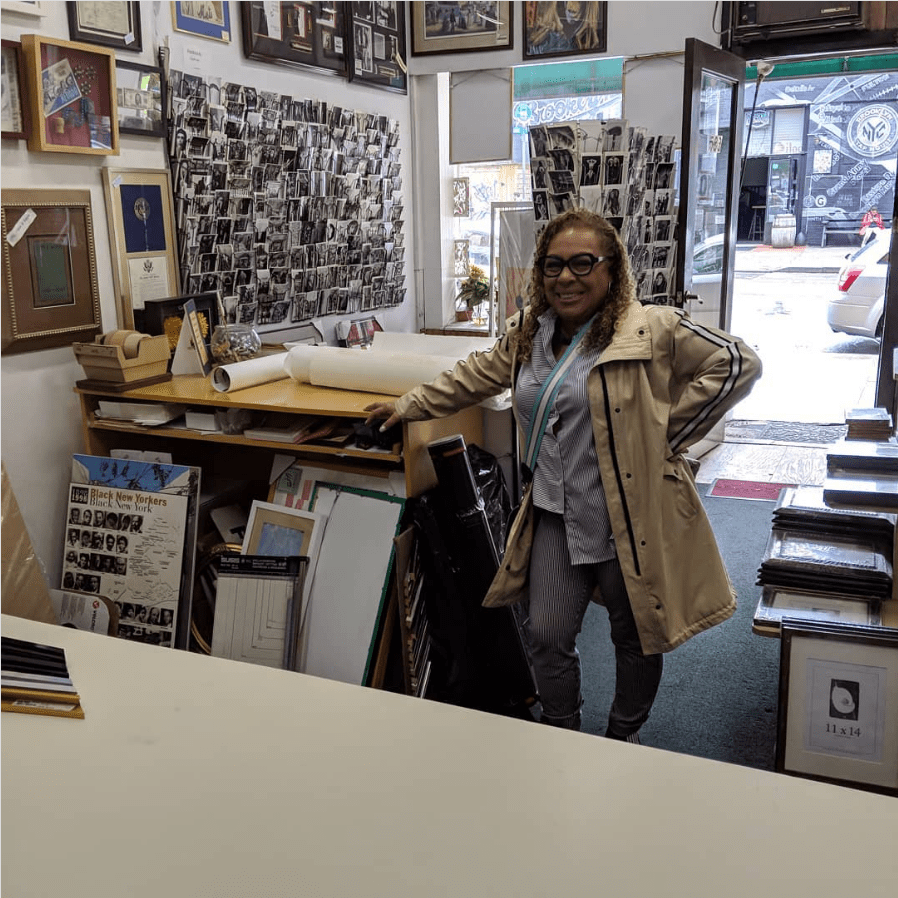 I’m happy with that because I try to convey that if you come to me, it’s because we are custom. We are not a department store. We are not a mass distributor. One size does not fit all with custom framing.