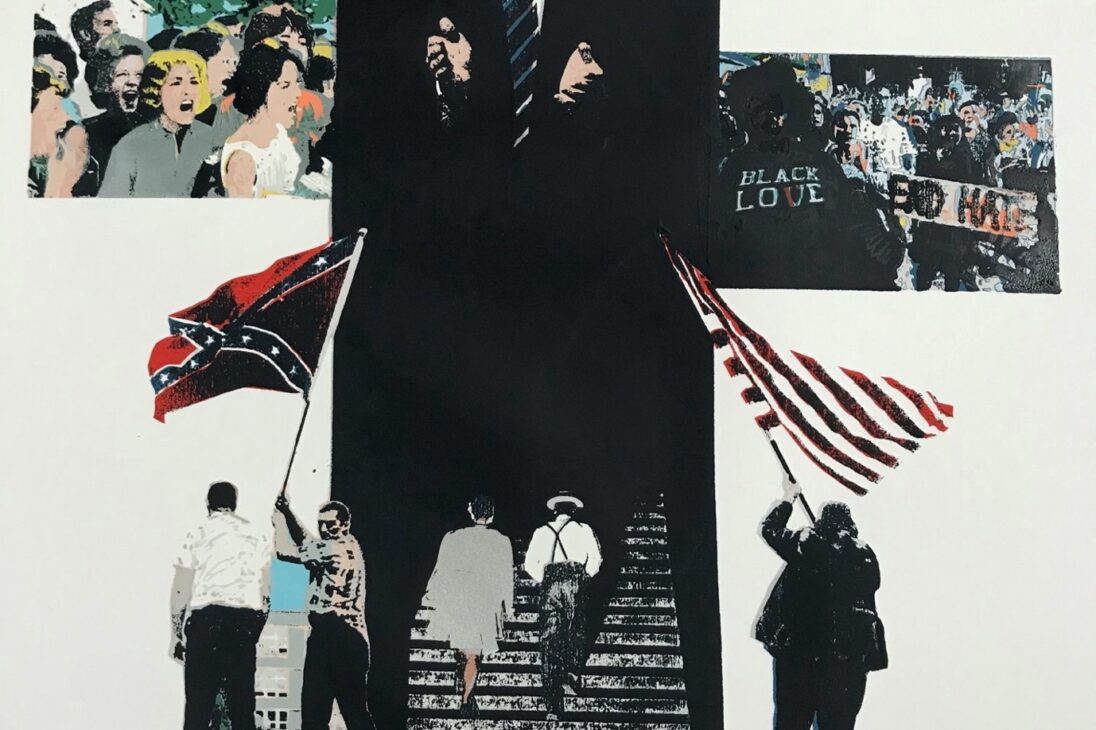 HARRIS WILTSHER: Vote with your Brain and your HeART

Why is voting important to you?:

Voting is especially important to me as my paternal side of my family immigrated to the United States from Jamaica. My dad was very cognizant about the importance of voting and participated in the election process every time along with my mom.

ABOUT THE ARTWORK: Divided Patriots, silkscreen

Depiction of how patriotism can come in many different forms, more particularly in relationship to the current President of the United States. This work is more about how fanatical people can be about what they believe in and what they are willing to do to defend that position despite what era of history it encompasses. 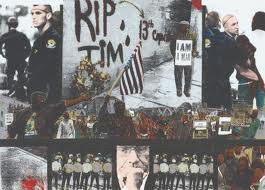 ABOUT THE ARTWORK: Curfewed, silkscreen

On April 8, 2001, Timothy Thomas was seen by Cincinnati police officers and recognized as being wanted on 14 outstanding warrants. When Thomas realized he knew one of the officers, he fled. In a subsequent chase involving a dozen additional officers, Thomas was eventually confronted by Officer Steven Roach, in a dark alley. Officer Roach was running with his gun out (standard procedure) but with his finger on the trigger, in opposition gun handling procedure taught to police.

Immediately after the incident, Officer Roach said the gun had “just gone off” in his hand. Later, Officer Roach claimed to have seen a gun, and later revised his story to claim that he only saw Thomas reaching for something at his waist, and Officer Roach fired his gun once at Thomas. It was later revealed Mr. Thomas was unarmed, but may have been attempting to pull up his pants. After Mr. Thomas fell, Officer Roach called for an ambulance, and when Mr. Thomas arrived at University Hospital, he was declared dead. Timothy Thomas was the father of one child.

It was after three nights of rioting, looting and gunfire that prompted a citywide curfew in Cincinnati to quell some of the outrage, within this artwork, I wanted stress that sense of division between the community and the police. Mayor Charles Luken obviously had to do something and whether it worked or not, the fact still remained that Cincinnati had a very legitimate and real problem with race relations.

ABOUT THE ARTWORK: 41 Shots, silkscreen

In the early morning of February 4, 1999, Amadou Diallo was standing near his building after returning from a meal. Police officers Edward McMellon, Sean Carroll, Kenneth Boss and Richard Murphy passed by in a Ford Taurus when they thought Diallo matched the description of a (since-captured) serial rapist and approached him. The officers were in plain clothes.

The officers claimed that they loudly identified themselves as NYPD officers and that Diallo ran up the outside steps toward his apartment house doorway at their approach, ignoring their orders to stop and \”show his hands\”. As the suspect reached into his jacket, Carroll believed Diallo was drawing a firearm and yelled \”Gun!\” to alert his colleagues. The officers opened fire on Diallo and during the burst McMellon fell down the steps, appearing to be shot. The four officers fired forty-one shots, hitting Diallo nineteen times. Investigation found no weapons on Diallo\’s body; the item he had pulled out of his jacket was not a gun, but a wallet.

The title was inspired more by Bruce Springsteen’s lyrical reaction to this sad incident rather than the amount of gunfire.

As a Bronx, New York native, I could only imagine how this scene erupted and I wanted to give the viewer some sense of how one’s mindset could take control of a situation and lead to a bad outcome. 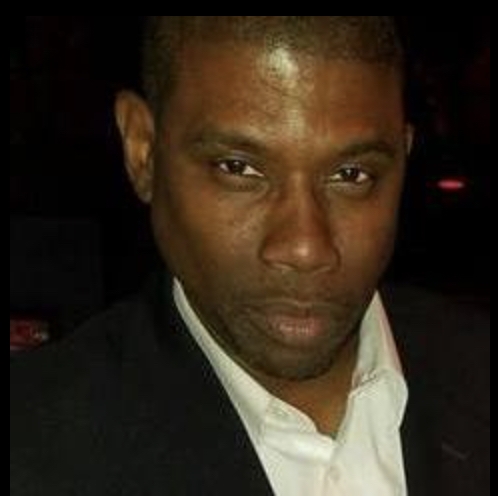 ABOUT THE ARTIST: A Bronx, New York native and a product of Jamaican and African-American heritage, Wiltsher’s artistic endeavors span from being a Bronx Recognizes Its Own (BRIO) recipient, visiting artist, lecturer, independent curator, J. William Fulbright Scholar (South Africa), program administrator for the Florida Art in State Buildings Program, professor and gallery director at Florida A & M University.  In addition, his work is included in collections by the Art Gallery of Nova Scotia, Cranbrook Academy of Art Museum, Sande Webster Gallery Collection, Carver Federal Bank, Art Academy of Honolulu and The Meeks-Eaton Black Archives Research Center & Collection Reserve. Some of his notable highlights were serving as a session chair at College Art Association conference in New York, curating a traveling South African exhibition, advising a winner of the national Verizon HBCU Student Art Competition, guiding a Fulbright winner to Ghana for dance and writing two grants for the Visual Arts Program totaling over $150,000.

ARTIST STATEMENT: To address specific elements of black history or its community certainly is attainable, but the position of my work is to provide a cultural and/or educational meaning to dialogue with my audience and document my personal experiences within the framework of the African Diaspora.  Currently, the focus to broaden the scope of my viewpoint is emphasized through my return to tactile art forms like collage to discuss recent tensions in the United States.