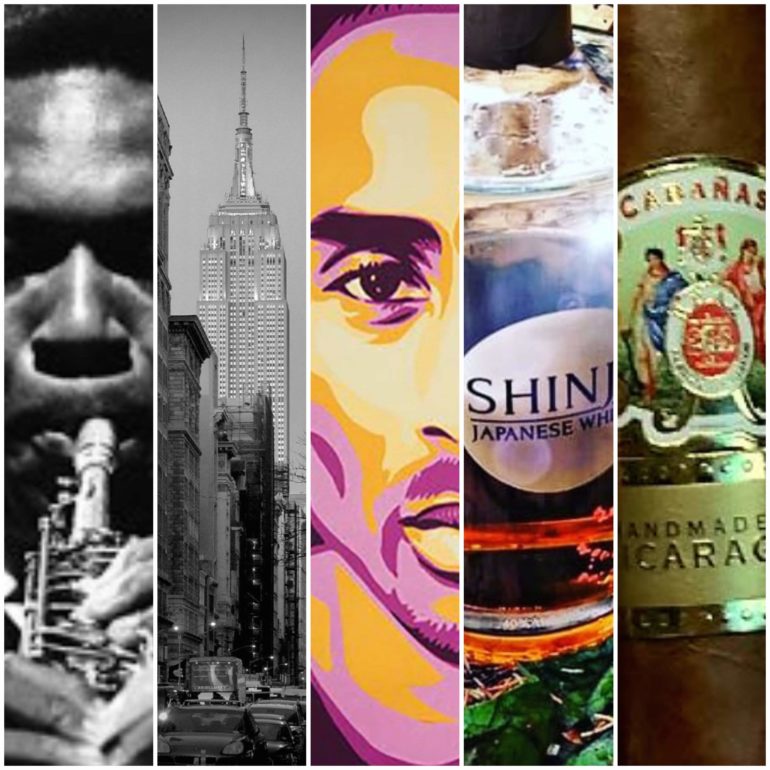 On February 20, 2020 the 4th installment of Art Now After Hours was held at Casa de Montecristo in New York City.

Giant Steps, the fifth studio album by jazz musician John Coltrane was released 60 years ago this month on Atlantic Records. Many of its tracks have become practice templates for jazz saxophonists.

The cocktail menu consisted of:

The specialty cocktails were prepared by mixologist Wootak Kim of BarChemistry.

The Giant Steps exhibition featuring the work of David Rhodes and Michael Anthony Pegues is curated by Robin King and Carla Ricevuto and will be on view  February 20 – March 26, 2020.