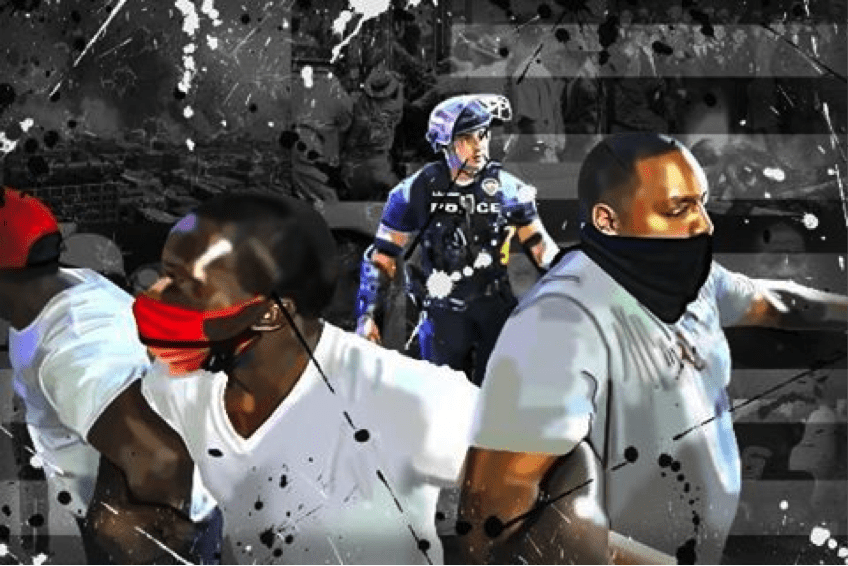 E. THE ARTIST: Vote with your Brain and your HeART 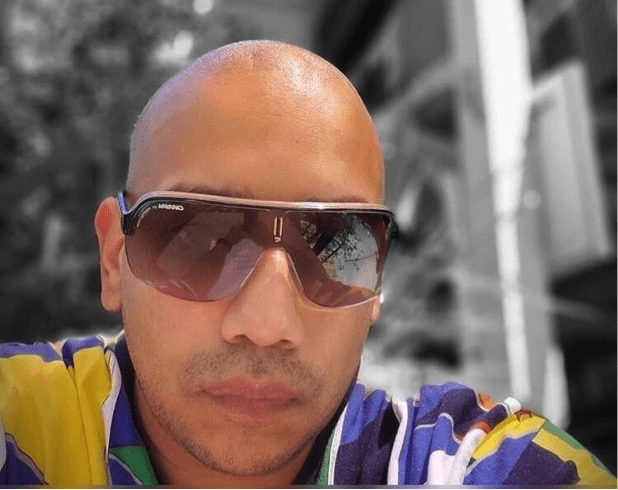 E.The Artist, why is voting important to you? Voting to me isn’t as important, but when it comes to my children’s future, I would encourage them to be better than me and make sure their voices are heard. In my opinion, the most important vote is the senate vote since. Congress is run by the senators and they decide which laws are voted on. You can vote for the most qualified President into office, but nothing happens without the approval of congress. Society needs to understand that Senators hold unique powers.

ABOUT THE WORK: What Caring for a Life Looks Like. We live in a society where African Americans are judged by the color of their skin and not for who they are as a person. It disturbs me every day that the way you look, what you wear, where you live, and how you speak can affect your way of life and how you’re treated. Despite the way African Americans have been treated, they overcome all judgments without seeking anything in return. This artwork shows that human decency is always the right way. Saving a life, no matter the color of your skin is valued as a precious gift on earth. As the great Robert Nester Marley said, “your worst enemy could be your best friend.”

ABOUT THE WORK: This is America. I created this masterpiece to show the world what “scared” non-trained police officers look like and to remind people of the power they have. The fearlessness that this young child displays is as powerful as her father’s courage to endure a threat so common in his everyday life. America was built on keeping African Americans inferior, and although it is believed to be a strategic move, we can all agree that it was not a carefully considered plan. African Americans have become more powerful just by the color of their skin. Our great nation’s biggest mistake was being afraid of a race that helped build this country. Our current generation, even young children are no longer afraid of speaking out against racism and social injustices in America. “This is America.”

ABOUT THE ARTIST: E. THE ARTIST   is a 43-year-old artist born in Brooklyn, NY.  He came from an era where if you wanted something, you got it by any means necessary.  At a young aged of 7, the first skilled type of art he learned was from his older brother who excelled at NYC graffiti art (slang, “bombing the trains”).  E.THE ARTIST was given the tag name “Rayo” which he learned how to perfect the art of graffiti very quickly.  The characters of TV shows like Woody Wood Pecker, Hong Kong Phooey, Smurfs, etc. fascinated him and he mimicked these characters into his graffiti art.  Emilio also learned a few tricks of the sketch art while attending Washington Irving H.S.  Although he didn’t master the skill 100 percent due to being expelled from school, he did practice enough to have some keen eye to the art.  Most of his talent is self-taught and his vision, as well as his imagination, is out of this world.  His new fascination into the art world is digital art, the loved one has into creating something and making it 2D/3D is just “AMAZING”.  There hasn’t been a time where Emilio has not been drawing.   An unknown fact about Emilio, is that at one point he only enjoyed drawing for his children, making murals in their bedrooms was enough for him.  Who would have known that the unexpected early birth of his youngest son was the spark he needed to unleash his talent for the world to see!